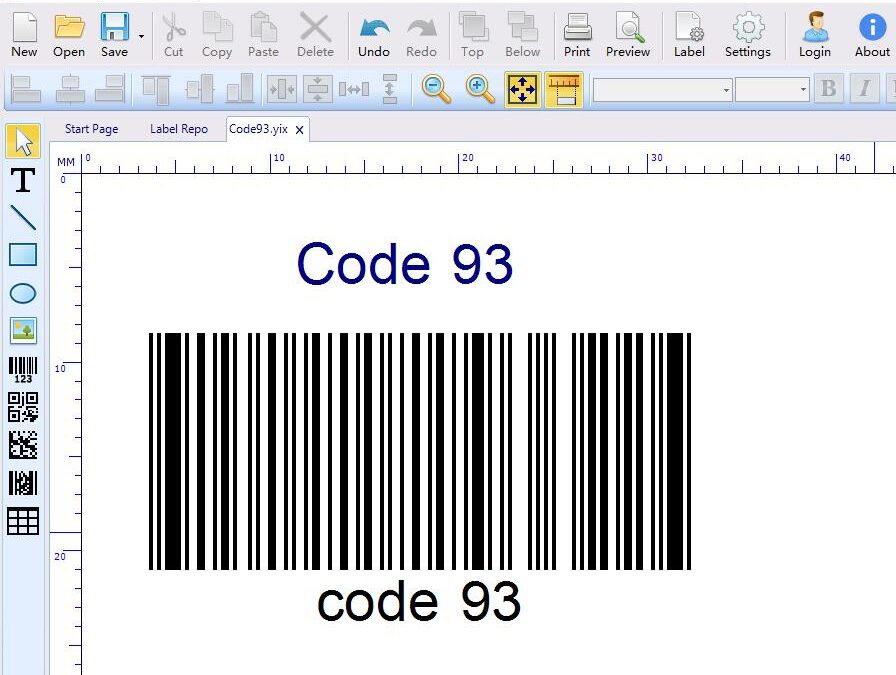 The benefits to using the Code 93 barcode type are grounded in it’s ability to store more information in a smaller space, while enabling additional security within the barcode itself. A label produced in Code 93 is approximately 25% shorter than the same label produced in Code 39. It’s compact size is one of the reasons it’s used today to label electronic components, identify products in retail inventory and provide supplementary package delivery information for the Canadian Post.

The symbol comprises the following elements:

Each data character in a Code 93 symbol is made up of six elements: three bars and three spaces. These six elements are spread out over a space that is nine modules wide. (The name “Code 93” derives from the fact that every character consists of nine modules that are arranged into three bars [plus adjacent spaces].)